The construction site may not have a computer, but everything getting to the site does.  With the WannaCry Ransomware takeover in recent headlines, how safe are you?  Over 200,000 computers globally have been affected in just a matter of days.  Think it can’t happen to you? So did they… let’s talk real……

In case you aren’t familiar with it, let me give you the abridged version… your computer is locked until you give money to the hackers.  Even more unusual, they don’t ask for real money!  They want digital currency like bitcoin, which means you have to figure out where to buy that first!

The only other fix is to wipe the entire computer clean and start over. Neither of which sound like good options (especially when you have a bid due).

This is not another “update your antivirus software” article.  You’ve seen that everywhere, and most people ignore it.  This is a strategy for protecting your company from being shut down by a hacker.  I’m talking about how to stay in business while everyone else is backing up and rolling back their computers.

The Danger Of Computer Viruses

Many Architects, Engineers, and Contractors have recently switched from printed sets to electronic PDF files. Electronic communications and plan sharing via the cloud and online plan-rooms are vulnerable to threats like WannaCry Ransomware.  This is the part where experts tell you to “update your anti-virus software”, “stop running XP” and “back up your information”.

You’re aware that a down computer kills communications.  You can’t access bids, plans, invoices, email, or any other critical piece of information pertaining to your build.  If you cant build, you can’t collect.

What good is an online communication process if you can’t use it? I’ll answer that for you, it's useless.

I’m here to tell you, plans printed on paper are not vulnerable to cyber-attacks. PERIOD.

The only time paper plans fail at the job-site is when they get wet.  It should be noted that a computer will also fail under the same conditions (and it’s more expensive to replace).  Consequently, a new set of plans can be printed as needed, at a very low cost.

Recently, large format printers have become affordable enough for nearly all office environments.  Some contractors are even putting a plotter in the job trailer.  There are even inexpensive multifunction models for scanning and copying on-site in addition to printing.

While the rest of the world is trying to log into their cloud accounts, or rushing out to buy new computers, those with printed sets are going on about their regularly scheduled business. WannaCry Ransomware and other computer viruses are powerless against those who haven’t “gone digital”.

What About Your Friends?

Let’s just assume that you are doing all the right things digitally, and protecting yourself from cyber attacks.  Can you say the same thing for those you do business with?  Waiting on a subcontractor bid? What if they’ve been shut down?  If you have a printer or a set of plans, you are in a position to help (them and yourself).

Nearly every major city has a print shop that is capable of printing blueprints.  What happens if they are affected?  Do you have a back-up plan?  Is there another local shop?  Do you have a printer of your own?  In business, the actions of others can have an influence on your business.  Would you rather be a victim, or do you want to be the one who can still work while the rest of the world is waiting for a fix? 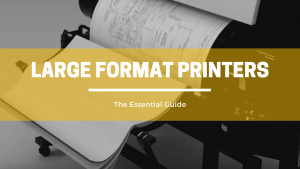 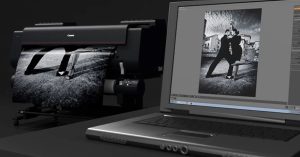 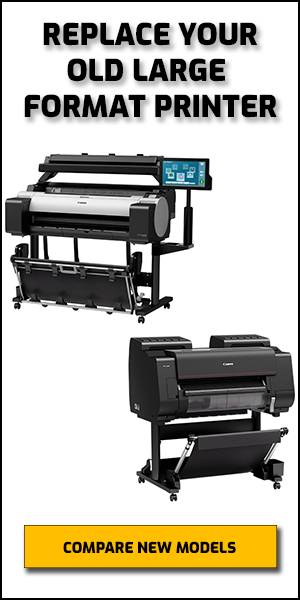 Something went wrong. Please check your entries and try again.
Posted in Technology
← How A Good Photo Printer Helps Crush Your Competition7 Reasons A Cheap 11X17 Printer Is A Waste Of Money For Contractors →